Posted at 08:09h in About Benidorm by Alba Maestre

Benidorm’s climate is known as a local Steppe climate, characterised by scant rainfall. Thanks to it, the weather in Benidorm is favourable almost all year round, January being the least warm month, although, this said, the average temperature is usually around 10º. But, apart from this month, Benidorm has favourable meteorological data during almost all the months of the year.

Why is the weather in Benidorm different? 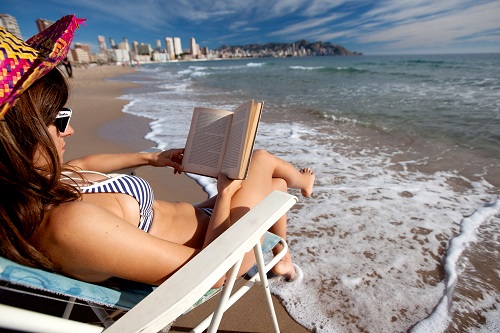 Benidorm has an exceptional microclimate and practically unchanging. In other words, Benidorm’s weather is different from the area in which it is located, which is called the Marina Baixa, mainly due to the southerly orientation of its beaches and the creation of almost insurmountable natural barriers to the north, east and west. Furthermore, thanks to the protection of the mountainous barrier surrounding the town, most of the cloud formations that may lead to rainfall do not manage to reach the town. Specifically, this mountainous system refers to the Serra Gelada, the Puig Campana and the Tossal. These three mountains are the main reason that the town of Benidorm is protected against almost any forecast of rain.

Hence, Benidorm has extraordinary climatological data. Such as 300 days of sun a year and an average temperature of 19º during the autumn, winter and spring months. Its temperature is among the highest and warmest in Southern Europe and it has an annual average of 8 hours of sun a day. The combination of sun, temperature and humidity levels has created the so-called microclimate that marks Benidorm’s weather.

One of the biggest benefits of holding your corporate event in Benidorm is precisely its climate. When would be a good time to hold your event in Benidorm? The answer is always! And so, there is nothing else to think about. Contact us to set a date for your next company event. We are looking forward to working with you!